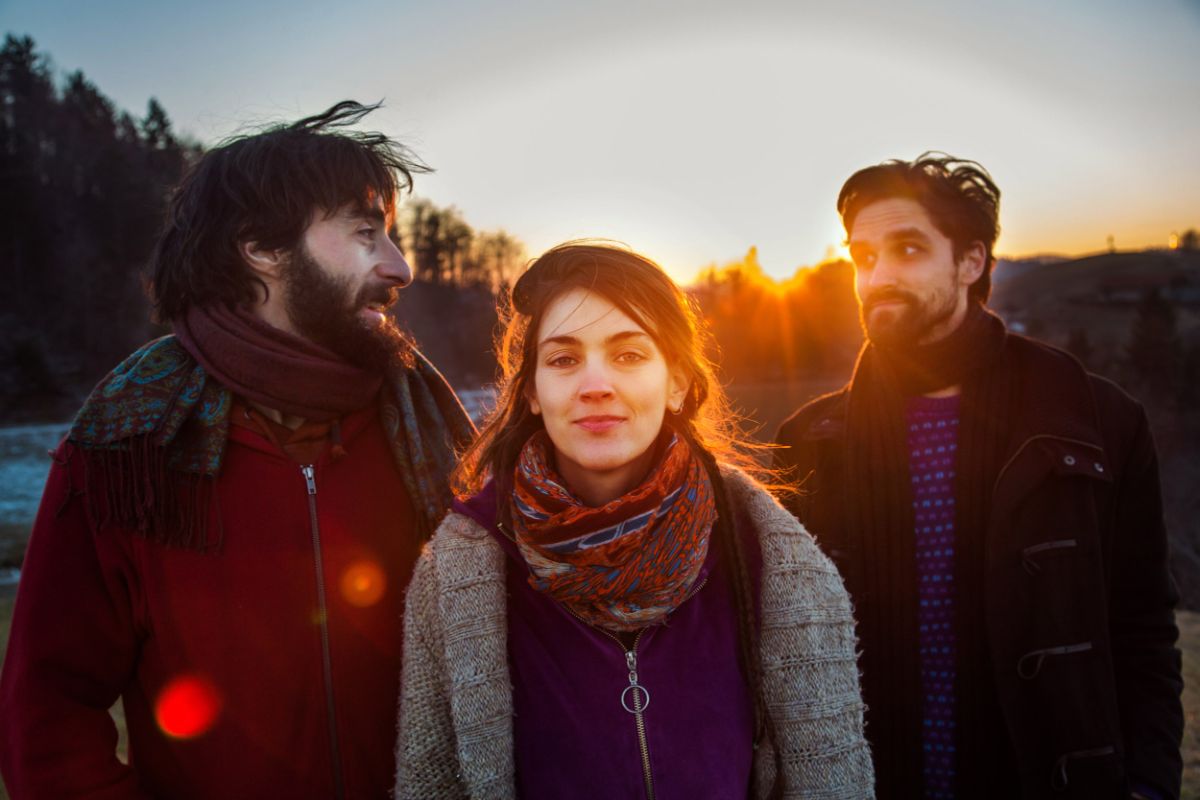 mmOver thousands of years humankind developed many ways of expressing its inner self, its “soul”, its connection to the natural or supernatural worlds. Music has always played an integral part of the process, from indigenous and shamanic rituals to the religious ceremonies or new age celebrations. Spiritual elements in music – speaking as broadly and ideologically unclasping as possible – can cover anything from ambient, transcendental to meditative and new age music, indigenous musics (modern and traditional), various music and sound therapies, Christian rock, gospel music and spirituals, chants, pagan folk, Celtic metal, Krishnacore … and many more.

I would like to introduce to you ten individual artists or music groups from this side of the world, who in one way or another, with very different artistic approaches and methods of music-making, explore the inner core of the intangible human experience and our connection to the natural world; or contemplate the spiritual role of music in various contexts, as well as through different instrumentation, aesthetic views, music styles and genres.

In the early 2000s Andrej Kocan worked as a sound engineer at Ljubljana’s Radio Študent and studied for his PhD degree in engineering. Then his life took another turn and he started to study classical music in Copenhagen Denmark. One year into his studies he decided to take a trip to the Peruvian Amazon Rainforest. There he heard indigenous people singing and made himself a promise that he would never travel again without field recording equipment. During his next trip he made his first recordings of folk music and traditional liturgy in Ukraine. That experience fueled his growing desire to spend his third year of studies in China, where he wished to discover its traditional music, above all the tradition of its minorities and tribes.

Andrej Hrvatin with artistic name NIMETU (I am not here in Slovenian) is a musician and sound artist from Maribor, exploring the realms of shamanistic, spiritual, native musics, using broad range of native instruments from all over the world. In his own words:

I want to set the coordinates for the artistic »ritual« and navigate through the vortex of possibilities while letting go of inhibitions and preconceived ideas of what is allowed or expected. Is it art, kitsch, ritual, meditation, show, concert, fake, honest, complex or superficial, original or recycled? It doesn’t matter. I am interested in the direct effects and pure emotional and physical experience of sound, not in conceptualizations of »what it should be«.

Alja Petric dedicated her music and artistic work to exploring the sounds and studying the traditional vocal and music techniques of diverse cultures, combining compositions with poetry, jazz and contemporary experimental sound performances. Combining years of exploration of the ancient therapeutic instruments with vocal art, she released an album called Zven trenutka/Sound of a Moment a couple of years ago and is now expanding it with many musical guests.

There are numerous other music therapists and healers using ambient or traditional music (either Slovenian or the various traditional music/sound/singing practices from around the world) in their clinical or performative process.

Vedun is an ensemble for ancient meditative music and for the revival of spiritual healing traditional sounds of the world. Its founding member, Mira Omerzel Mirit and her then group called Trutamora Slovenica (now Truta) was one of the pioneers of the Slovenian folk music revival in the 1980s. The group’s repertoire and focus gradually expanded from the local traditional music and instrumentations to music from all over the world, used for healing, spiritual practices and therapies.

Today, Vedun members describe themselves as musicians-therapists bringing to life the ancient sacred musical practice of various priest-healer-musicians. Playing in a transcendental state of consciousness, they are eager revivalists of forgotten sound practices. They hold many workshops and concerts all over the region.

Ljoba Jenče is a singer, a storyteller and a collector of Slovenian oral traditions. 1995 she went to Tibet and Nepal where she performed ancient Slovenian folk songs along with Tibetan monks’ chanting. Upon Dalai Lama’s visit in Slovenia in 2002 she released an album Beauty of Wisdom (Lepote modrosti) where ancient Slovenian prayer songs intertwine with Tibetan monks Gyuto chanting. Ljoba Jenče has released numerous albums and has performed in many countries around the world.

Terra Mystica is an ever changing and ever evolving group, revolving around guitarist and composer Danijel Černe since the 1990s. The group disbanded in the early years of a new millennia, then regrouped ten years ago and now consists of a father (Danijel) and a son (flautist An Černe).

The group has been journeying through various folk music traditions, new age and progressive rock musical influences (depending on the project preferences). The musical premise of the group is the mystical, sun and wind swept stony Karst landscape reflected in the group’s mostly instrumental music. Terra Mystica’s sounds are also accompanied by poetry, most often by the words of the local poetry genius Srečko Kosovel.

Northwest of Slovenia, especially upper Soča valley region is echoing with mythology and pre-Christian faith that basically survived to this day. The repertoire of Bakalina Velika, a band lead by a mountain cheese maker and singer-songwriter Jani Kutin, is very much rooted in these traditions and landscape, singing praises to the magic of nature, mythology, folklore, history and old ways and ancient beliefs.

Samo and Ana also formed a duet exploring the transcending nature of acoustic sounds played on many home-made instruments, or brought from their numerous travels and tours.

Pre-Christian beliefs also resonate in the work of an esoteric band Indigo who recently released their second album called Nikrmana (known as primordial force in a local, pre-Christian belief). The musical image of the album is described by its members as ethereal pop with electronic and ethno elements. They are warning about the pitfalls of humanity, but still believe in the changes that the new age will bring and urge us to find a better connection with nature and its elements.

Versatile topography of the Slovenian landscape with many natural phenomena carved, shaped or covered by water, stone, weather and wood have always invited people into the conversation with forces that formed it. It has also informed spiritual practices that resonate also through musical and other artistic experience of people living here, or just passing by in the past and in the present day. And then there is an open road beckoning and musicians from this little corner traveling to remote places of this planet, tuning into the world, its human and biological diversity.

There are, of course, many other musical artists in or from Slovenia who tap into the realm of sacred, spiritual, mythical and mystical through their own work. This selection, based on my own preferences and knowledge, offers just a brief encounter with some of the protagonists and their work. I gladly leave the rest up to your own exploration, imagination and inquisitive spirit.