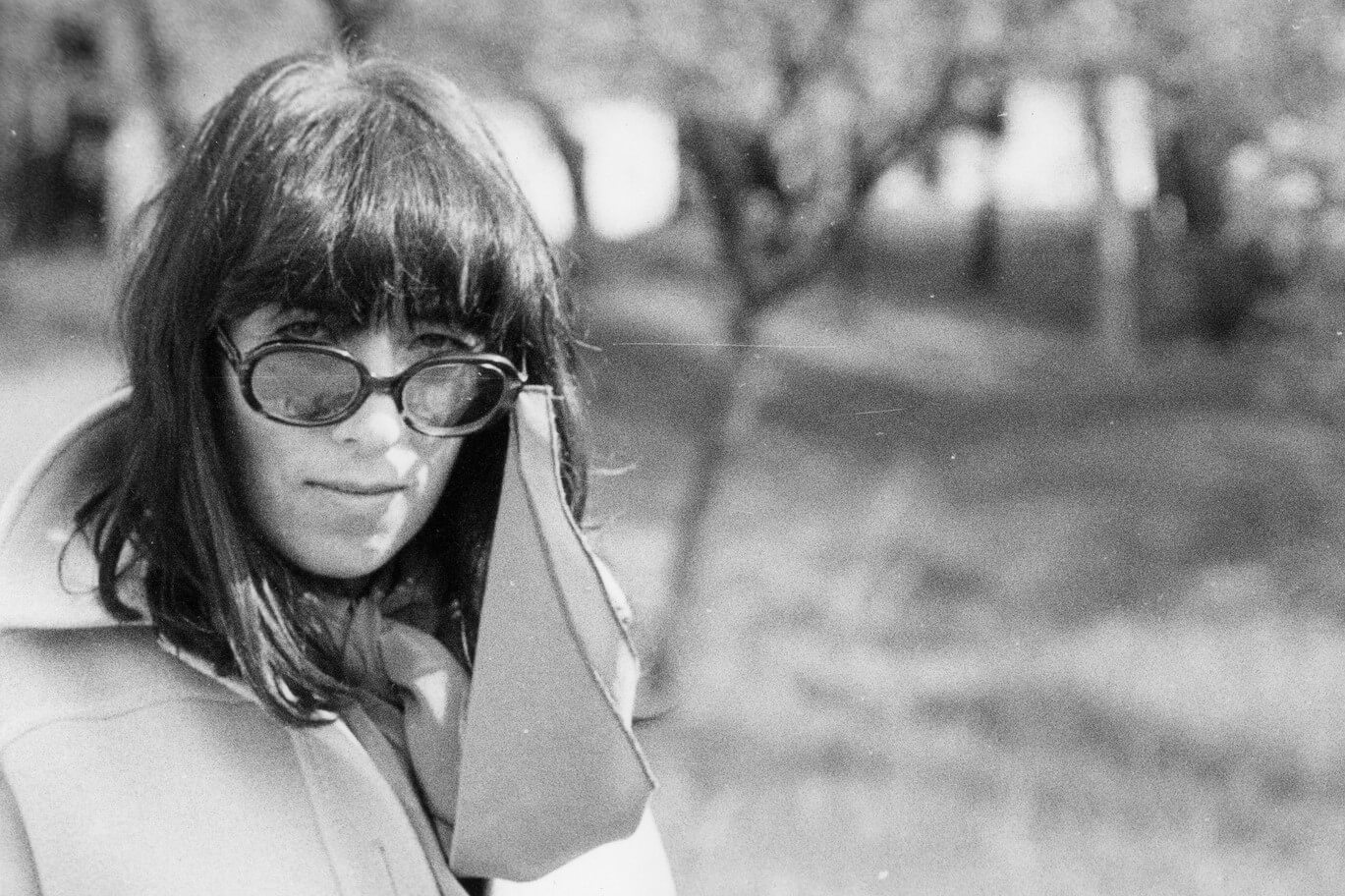 She is dressed in black, she is unmarried and childless, her poems and literature draw topics from Slovenian folk tales, and she is a behemothic lover of cats. For the mentioned reasons she is often referred to in general public as ‘the witch’. She is also outspoken, controversial, provocative, and rebellious. Certainly not something society has expected from women. Thus also for the latter reasons she is called ‘the witch’. She probably doesn’t mind it, though. The given designation can in fact cause pride, as ‘witches’ were the women who, in their time, were progressive, strong and brave. So really nothing to be ashamed of. And certainly a reason to take the power back from the designator … and history.

A famous Slovenian poet, writer of prose and children’s books, actress, illustrator and chanson singer, Svetlana Makarovič is not just a Slovenian artist par excellence, but also a Slovenian celebrity that breaks barriers where others take a step back out of fear or decency. She cares for neither. She is not scared and neither is she necessary polite. With her media commentaries on political and societal situations in Slovenia she is melting hearts on one and breaking patience on the other side of the auditorium. Svetlana Makarovič is either tremendously loved or tremendously despised. When it comes to her presence in the media, that is.

Kladivo in nakovalo (Hammer and Anvil), released in 1990, performed here live in 2018 (excerpt)

However, when it comes to her literature, she is not just tremendously but even MORE than tremendously beloved by (practically) everyone.  Let me generalize a bit more: if you meet a Slovenian person who tells you they hate Svetlana Makarovič’s literary work, they either lie or have never really read any of it (which would be almost impossible, unless they lived in a cave). So, in reality, they ‘hate’ her for other reasons … for example, for her media presence where she often attacks the Catholic church and its representatives, or for her making fun of Slovenians without mincing her words. These same people are most probably still reading her books of fairy-tales in secret, just so that no one can see them.

All joking aside, she truly is huge in Slovenia. One of the biggest names in Slovenian arts and culture of all times. Her books for children and youth have become modern classics and several generations of Slovenian children have grown up in adoration of her fairy-tales. She has written many books of poetry and prose, publishing her first works in 1957 at the age of 18, and is still writing today. More than 300 books of poetry, prose, fairy-tales, drama, etc. were authored by her.

Norci so zunaj (The Fools are on the Outside), released in 1984

As you can see, her verses are not merely kept in printed collections. She’s been very successfully pairing them with her music, too. In her career of more than 60 years Svetlana Makarovič recorded many chansons that, similarly as her poetry, deal with the topics of social conventions, habits, moral norms, as well as rebellious and independent individuals, particularly women.

She says herself, though, that writing poetry and writing lyrics are two different affairs, despite their similar shape. For her, writing poetry is stonemasonry, hard and tiresome craft. Writing chansons, though, brings her lots of pleasure, particularly when music comes to her mind along with words. The dark and deep and mysterious content of her poetry differs a bit from her chansons which often draw on humorous notes and sarcastic, cynical or ironic comments.  Being an excellent pianist and singer, she plays piano and sings on all of her albums, writing, naturally, all of the music and lyrics, too.

Living in Ljubljana’s Trnovo district these days, she still occasionally performs. In February 2019, for instance, she celebrated her 80th birthday by selling out Slovenia’s largest theatre venue, Gallus Hall in the Cankarjev Dom cultural centre. At this event, her chansons, spanning from lyrical to bitter and cabaret, were interpreted by famous Slovenian artists, while she, the star of the evening, was moderating the event. She reminded the Slovenian public that her chansons are not just songs. Her chansons are true poetry. The audience was hence once again re-affirmed in conviction that Svetlana Makarovič undoubtedly deserves the designation of the First Lady of Slovenian Poetry.