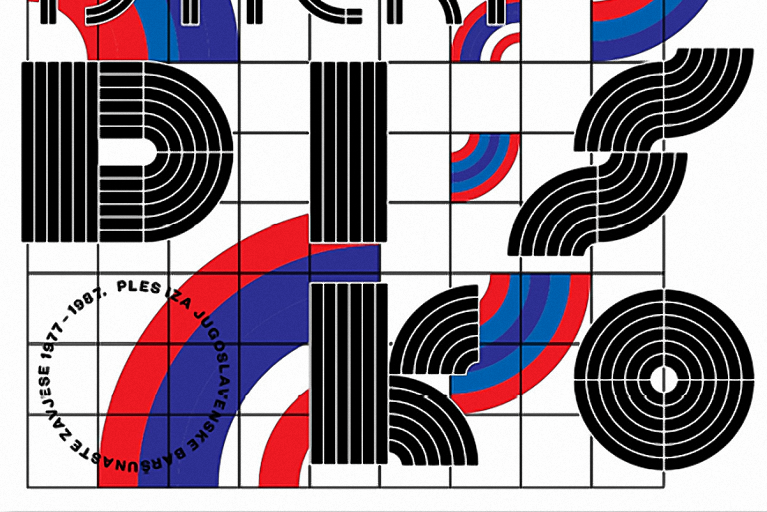 We bring you some of the most extraordinary Yugoslav electronic gems that found their way to various (re)releases in Europe and the US. Read part one here.

Considering the early 1980s electronica in Slovenia, one has to acknowledge not only the underground heroes but also Miha Kralj’s pioneering role in bringing the local synthesized tunes to the masses. Kralj’s instrumental LPs, Andromeda (1980), Odyssey (1982) and Electric Dreams (1985), heavily influenced by the likes of Vangelis and Jean Michel Jarre, sold in tens of thousands.

In the meantime, he also made sure, through the title composition from the Andromeda album, that millions of viewers of 1980s TV broadcasts of Planica ski jumping competitions got used to its electronically sounding trademark tune. Moreover, he produced tracks for Cice Mace, an early 1980s teenage disco-pop girl group from Serbia, including their vocal version of his track Embrio from Andromeda:

While Borghesia, Laibach, Marzidovšek and the rest are justly considered more innovative in their musical (and visual) approach than Kralj, he remains a giant of Slovenian (and Yugoslav) mainstream ambient space electronica. Recently, he started performing again and here he is at one of Slovenian national celebration events performing a new rendition of his song Earth Calling S.O.S.:

It was obvious by the early 1980s that some people in Yugoslavia didn’t think electronic music was just a flash in the pan. Željko Luketić maintains that the first Yu group which actually decided to start producing only electronic music, in today’s sense of the word, was Belgrade’s Kozmetika. Although their first (and last) album appeared in stores as late as 1983 due to unfortunate circumstances, they had been working on that material already since the late 1970s. Unfoturnately, one still cannot listen to their early unreleased material.

There have been found, however, some high-quality original recordings from other groups and you can listen to them on various compilations and other releases, as well as on some specialized Youtube channels. Let’s check out some of them. Firstly, here is a track called ‘TV’ by Beograd, the band that were obviously named after the Yugoslav capital and hold the title of the first officially released electronic music artist in Yugoslavia:

Luketić found the original master tapes of Data’s (1984) cult single ‘Neka ti se dese prave stvari’ and put them on the Electronic Jugoton compilation. In addition, various unreleased tracks and remixes of the same band appeared on the Discom label’s vinyl titled Could You Find Your Analog Mind?. Plus there is more Data’s stuff online, for example videos for such experiments as are the Italo disco Soldier Boy and the synth-pop Video Hero:

One of Data’s revolutionary side projects was The Master Scratch Band, the electro-breakbeat-hip-hop collective known for releasing the first Yugoslav hip-hop record. The vinyl EP version was called Degout, while the cassette was titled the Breakwar and included two additional tracks. One of these can be found on the Electric Jugoton. (Edit: In July 2020, Fox & His Friends announced a wholesale re-issue of the Breakwar, so it will be available for the first time on vinyl!). Before you go and fetch the record, let’s check out the Computer Break video:

The next two recordings are taken from the 1980s Vesna Mimica’s fitness tapes. The music was written by famous Croatian composer Alfi Kabiljo. By the way, from time to time you can find the tapes in flea markets and online second-hand music shops, but there haven’t been any contemporary re-releases so far. There is available, however, the Fox & His Friends’ release of Kabiljo’s film and television music titled Sex, Crime & Politics.

So, is there more stuff we’d like to see released or recommend for release? Sure thing. We’re still waiting for a not-so-pricey compilation of Yugoslav electro-acoustic and electronic avant-garde compositions from late 1950s onwards. What’s more, we would mind the re-release of early cassette recordings by Demolition Group, Italo-disco duet Moulin Rough’s remixes or unreleased early synth-pop demos by the all-women band Boye.

Speaking of women – what was the deal with Yugoslav women producers of electronic music? In the first part, we mentioned that influential men on the music scene often were prejudiced against electronic dance music. They would push it into the “female domain” rather than perceive it as part of legitimate artistic or skillful creation. So disco music was practically banned from the serious music press, while many of the songs that are re-released these days on compilation albums were made fun of.

It seems that there were almost no women in Yu electronic music scene. Some of them were represented on the mentioned compilation albums and releases. They are, however, vocalists and lyricists rather than composers. And in the avant-garde music circles it was no different. One of rare exceptions was Serbian composer Ludmila Frajt. Let her electroacoustic rarity therefore serve as an important reminder of the lack of women in the production of electronic music.

Whichever way you look at it, the Yugoslav electronic music has been experiencing several rebirths in the last decade or so. The responsibility for this phenomenon lies with the internet and the Youtube enlighteners who post regularly about the forgotten electronic treasures that are out there. Hence, there is nothing unusual in the fact that the prices of the original releases have skyrocketed, isn’t it?

We hope this incomplete history can serve to some of you as a memory enhancement machine, while to others as an introductory course to weird Yugoslav electronic tracks people were dancing to under socialist self-management. Please feel free to explore further. You won’t be disappointed at all.