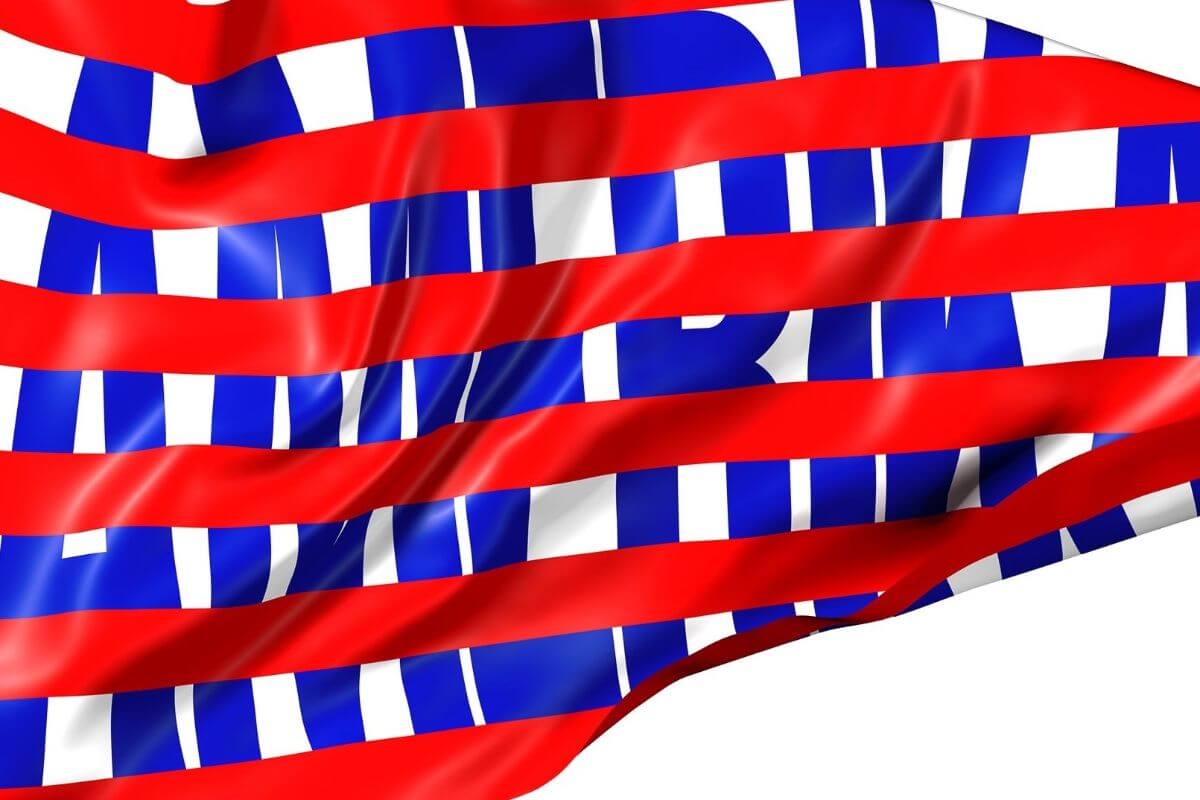 One night several years ago, in Ljubljana’s then jazz-oriented Sax Pub, I faced a dilemma. Should I order another beer? Or should I make a beeline home, since my boisterous friends have left me to my own devices in order to achieve their higher purpose? If I’m not mistaken, the clock was nearing half past nine as I decided to settle up and get going.

But then, just as I was about to leave, the lucid and authoritative guy who was responsible for music- and bar-related stuff at Sax Pub benevolently suggested that I should stick around for a little longer. As per usual, a show was scheduled for the evening. Thursdays were usually reserved for diverse jazz derivatives of different shapes and forms, but sometimes various local folkies and international balladeers also found their way into these weekly occasions.

That evening, a very special performance was slated to go down, one not to miss for a fan of music and blunt wordsmithery. At least that’s what a couple of true believers who were crammed into the miniature room in the aforementioned cultural institution were murmuring. In the little corner next to the entrance, only a microphone and a guitar amp stood. It did not seem like I was about to witness a particularly meaningful event, but I waited nonetheless. Partly because I wanted to see whether the unofficial avantgarde of music criticism was right, but mostly because home meant keyboard and keyboard meant work. As I was irrelevantly contemplating about whether my beer bottle was half-empty or half-full, the show started.

Or, to put it better, it exploded. Like a bomb on a bucolic meadow. There he was, a youthful gentleman in his forties, with Che on his t-shirt. So charismatic that his stage presence could be taught in acting classes. His guitar rested silently on its stand as his mouth loudly recited verses in juicy Bosnian. With slow, determined movements, he worked at covering Che’s visage with strips of yellow tape until they formed a cross over the guerilla. This was the first in a series of this man’s actions that have become ingrained in me in the same way “a wedding ring embeds itself into the ring finger” as put in one of his songs.

After the bristling introductory recitation and the excited applause of the hardcore fans, he picked up his electric guitar. The amplifier squealed – microphonics of expectation – and the riffs started flowing. Old-school R&B riffs, hard rock riffs, sevdah-core riffs. Tough, rough, even tougher and rougher, cold and corroding. And then, soft and melodic. All the while accompanied by no-nonsense utterances in the form of sharp screams in a penetrating voice that can’t offer any hope but can offer the obliteration of all fear through spirited perseverance with one’s own beliefs.

It’s hard to explain what I felt in that moment. I tried to soak up the performance, its enlightened lunacy, the bestiality in the cultivated verses, the anti-poseur pose of the de-imaged punker who nonetheless “remains hardcore”. The amalgam of the political situation in post-war Bosnia, the paradoxes of globalisation, the treasonous sensuality, the desperate love and the sorrowful graves in the lyrics, the commitment of the performance, the devilish conviction in one’s own principles, the unique self-confidence, the dead serious approach to the meaning of words and their delivery – it all reminded me of something that I had previously heard only once.

This is Johnny Štulić for the new millenium, I mouthed. One of the promoters of the concert who also happened to be a friend of the performer knowingly and benevolently nodded, as if to say: I’ve known that for a while now, you’re late to the party, no worries, we’ll talk after the show. And talk we did. Gradually and due to several coincidences, our conversations became more and more intense. The comparison to the fabled lyricist and songwriter of Zagreb’s Azra, Branimir Štulić aka Johnny, slowly evaporated, but my first impression from the show in the autumn of 2006, that we are witnessing a special artist with a long career in front of him, remained and only deepened.

The youthful gentleman in question is Damir Avdić. Aka Diplomatz. Aka Bosanski psiho, which translates into Bosnian Psycho. A poet, songwriter, novelist, musician and theatre actor from Tuzla, a town once known for its salt mines. His multifarious interests are best embodied in the figure of a vampirised singer-songwriter gone electric who has been conquering concert stages across former Yugoslavia ever since 2004, when he released his debut album Od trnja i žaoka (Made of Thorns and Stingers) on the Slušaj najglasnije (Listen Loudest) label.

With every new expressive spice in his solo performance, Avdić methodically unfurled his “unpublished religion” and used his stinger to prick many a “consumer of the derivates of happiness”. I’ll never forget how he – very assured in front of three standing mics on the big stage at Trnfest Festival – elicited a euphoric response from an audience of more than five hundred people whose main motivation for attending was to hang out and drink cheap booze rather than listen to an unknown singer-songwriter from Bosnia. After the show, he wasn’t unknown anymore.

In addition to performing as a musician, Avdić also writes. His stories are coloured by his experiences from the Bosnian War, his post-war immigrant life in USA and his regular travels all across former Yugoslavia. Sometimes his songs turn into novels and sometimes his longer stories become songs. His characters are alive, they are people made out of flesh and blood, as Marjan Rožanc would say. Some – and they are my favourite – jump from Damir’s novels into his songs and vice versa.

Avdić’s directness and honesty shine through all his lyrics. He aims his criticism at »the left« and at »the right«, at futurists and nostalgics, at the new “Bosnische” cultural revolution, the mafia and the crime-ridden politics, at heartless greed and modern slavery, at the instrumentalisation of religion for secular goals, at “cashing in on ideals”, at neoliberalism and anarchism, and at other subjects that are indirectly connected to local adoption and global production of socio-economic patterns.

Damir’s vocabulary is wonderfully ambivalent. He likes to switch between different narrative perspectives and points of view without warning. It’s often difficult to establish who’s saying the words that you are hearing or reading. The lines between monologues, dialogues and descriptions are also frequently blurred. Avdić fragments the story in such a way that a single narrator in fact contains a multitude of different storytellers, so that we as listeners or readers are never quite privy to what the protagonist (and Damir Avdić, for that matter) really thinks.

People interpret his words in a variety of different ways. Many leftists and liberals praise and quote him, while some considered him a spokesman of the right. Which isn’t strange, since he has stepped on the toes of various left- and right-wing mythologists and ideologists in his lyrics. The characters in his songs identify themselves with numerous fates, social statuses, myths, legends and ideas. His output is not a straightforward political programme, it’s more of a collage of diverse opinions and emotions of distinctive individuals: poor, rich, evil, weak, ascetic, decadent, authoritative, sexist, delinquent, chauvinistic, romantic, religious, old, young. It all culminates in a furious, schizophrenic scream/whisper of impotence which reflects our times and our society better than most works of art I’m familiar with.

Avdić leaves few people cold and usually elicits an excited response. Even Bosnian-Croatian rap colossus Edo Maajka, for instance, wanted to work with him about ten years ago. Maajka had also grown up in Tuzla and had in his teenage years been a big fan of Avdić’s former band Rupa u zidu. They spoke on the phone a couple of times and formed Trnokop, a rudimentary mining-tinged rock band (trnokop is a type of pickaxe used by miners), with Maajka on vocals and Avdić on guitar and vocals. Some songs were made and a record was in the oven, but in the end it just didn’t work out. After just two live shows, the band broke up and both wordsmiths went back to their respective solo mines. I’m still saddened by the fact that the record never got made. Maybe there are some great-sounding demos and bootleg recordings from the two live shows out there, who knows. Here’s a lovely sample that one can find online:

Since then, a lot has happened. Every time he releases a new record, Edo Maajka proclaims that he is done for good. On the other hand, retirement hasn’t even crossed the mind of our youthful gentleman. His novels and albums, his heroes and heroines, his verses about politics and love visit us regularly. The route they have to take is now very short, since Avdić moved from Bosnia to Slovenia some years ago. This is where his home and his family are. Which is great news for us, because Slovenia now has its very own Bosnian Psycho.