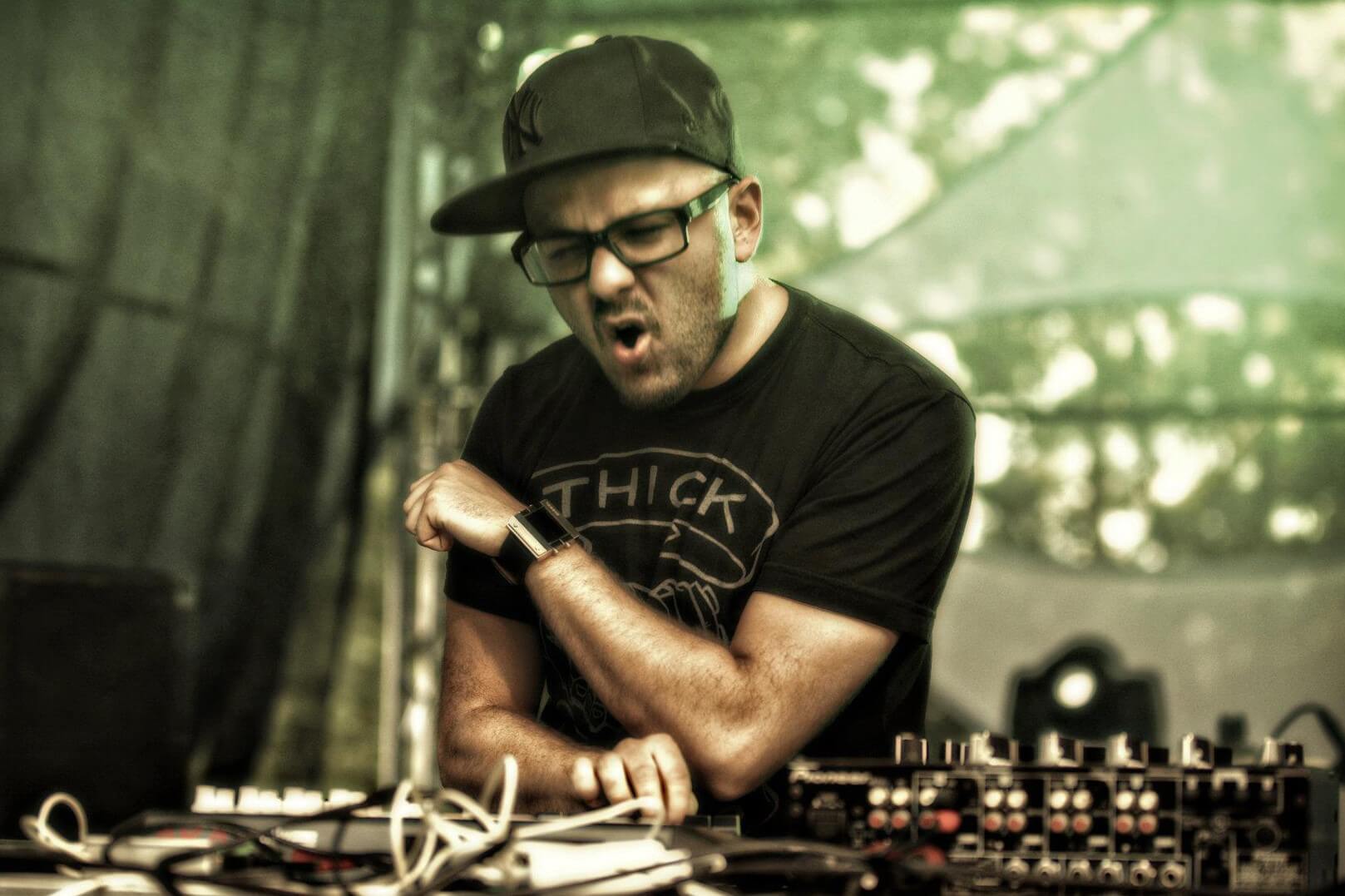 Slovenian electronic music producer Gramatik is undoubtedly one of the most interesting global musicians of the last decade. Not only because of his unique type of dance music which has millions of views on YouTube, but also because he makes his work available for free. His winning recipe is a mixture of hip hop beats, funk, electro, disco, glitch, dubstep, soul and blues, but he has stated that he doesn’t really care about genres, that he lets his inspiration guide him and that he always tries to keep an open mind. Let’s take a closer look at who this Gramatik guy is.

Denis Jašarević grew up in the coastal region of Slovenia, in the town of Portorož. He began his career as an MC and then gradually started producing music. During the first five years of his career, he would often rap over his own beats. In 2008, he realised that Slovenian raps will only ever be popular with Slovenian audiences and that, to really make it internationally, he needs to fully dedicate his time to instrumentals. In addition, he decided to make his music available online for free, which was in line with his view that all music should be free of charge so that it can be free, period. It has been all uphill from there!

His rise was meteoric, both in Europe and the United States. In 2008, when he was just 24 years old, he released two albums in America: his debut titled Expedition 44 saw the light of day in July and his sophomore effort Street Bangerz Vol. 1 came out in December of that year. The latter then spent six months on Beatport’s Top 100 Chill Out chart. What makes that interesting is the fact that Beatport, an online music store, predominantly sells techno and house records, which is why the success of Gramatik’s album of hip hop beats came as a real surprise, both to the scene at large and to him personally. He was onto something. The next year, he released Street Bangerz 2 and then followed that up with Vol. 3 (2010), Vol. 4 (2013) and Vol. 5 (2018). Just Jammin is a popular song off of Vol. 2:

Gramatik attributes his widespread popularity to file sharing, namely to PirateBay links leading to his Facebook profile and his entire discography, his work with Pretty Lights, a label whose business model revolves around offering music free of charge, and the like. Obviously, there are countless other musicians who took on piracy in a similar manner and haven’t attained worldwide recognition, which is a testament to the quality of Gramatik’s musicianship, but that does not diminish the importance of his dedication to the causes of intellectual property and digital freedom. In 2012, he released an EP titled #digitalfreedom and used the title to shed some light on the unjust nature of laws such ACTA (Anti-Counterfeiting Trade Agreement), SOPA (Stop Online Piracy Act) and PIPA (PROTECT IP Act) that governments use to regulate online file sharing.

After his years with Pretty Lights, Gramatik set out on his own so that he could have even more creative control over his music. He was also driven by his desire to create a platform through which artists could reach bigger audiences, which is why he established his own record label in 2013 and named it Lowtemp Music. Its main motto is directly related to Gramatik’s maxim ‘’free music by making music free’’. The label’s modus operandi differs from the established profit-oriented music industry models, as its predominant goal is to promote artists and their music. Lowtemp is home to young up-and-comers from all genres and from all over the world.

Gramatik has taken his dedication to free music and to the right to download and distribute music free of charge to an unforeseen level. As the first musician to ever do it, he launched his own cryptocurrency in 2017. Its name, GRMTK, speaks for itself. What makes the story even better is that his token raised more than 2.5 million dollars in Zurich in less than 24 hours. Therefore, Gramatik was the first artist to digitally monetise his intellectual property, i.e. define his worth and his work by having his own cryptocurrency. This represents an entirely new way of financing music and a different relationship between artists and their fans. GRMTK is Gramatik’s intellectual property, but the people who buy tokens are entitled to share in Gramatik’s revenue.

When BBC asked him why he decided to go down this route, he replied in his characteristically direct manner: ‘’I had a bad experience with a small record label and I have friends in the music industry who’ve had way worse experiences than me. I don’t need a major label sucking the life out of me. I was always annoyed about the intermediaries in the industry who extract monetary value from artists. It means creatives have to be business savvy and a lot of them aren’t. Using the blockchain has fixed the problem for me.’’

Some more freedom to top it off

Global popularity is a rare thing for Slovenian musicians. In a way, Gramatik has gone a step further than Umek, Laibach and Avseniki, since he is not supported by a big label. Even though he lives abroad, he loves coming back home, especially for sold-out shows in front of Slovenian crowds, where he can play together with his musician friends. At his last concert at packed-to-the-gills Križanke, he was joined on stage by several of his buddies from his hometown. A part of Gramatik’s creative team also remains based in Slovenia, helping out with design and videos such as this one:

Gramatik regularly sells out shows all over the world, plays sets at renowned festivals such as Sonar and Coachella, and gets featured on CNN, BBC and in other international media which lauds him and his activist philosophy. From his beginnings in Portorož to where he is now, it has been a long and interesting career. In 12 years, Gramatik released 11 studio albums, four EPs, nine singles and one compilation. He has collaborated with a variety of famous musicians, but it seems like he feels most at home as a member of Exmag from New York and as one half of Grizmatik, a duo with DJ Griz. By the way, if you’ve heard that Gramatik has worked together with Raekwon of Wu Tang Clan fame and that his song Torture, which he co-produced with Eric Krasno, was featured in a trailer for Narcos, you’ve heard right.

Is his popularity a direct consequence of free online file sharing? Even though Gramatik is undoubtedly very talented when it comes to recording hits, he always answers unequivocally and affirmatively. In an interview for Mic, he summed it up like this: »If it wasn’t for piracy and torrent sites, I wouldn’t be talking to you right now. I’d be working a shitty job back in my hometown.« By freeing music, Gramatik obtained true creative freedom.