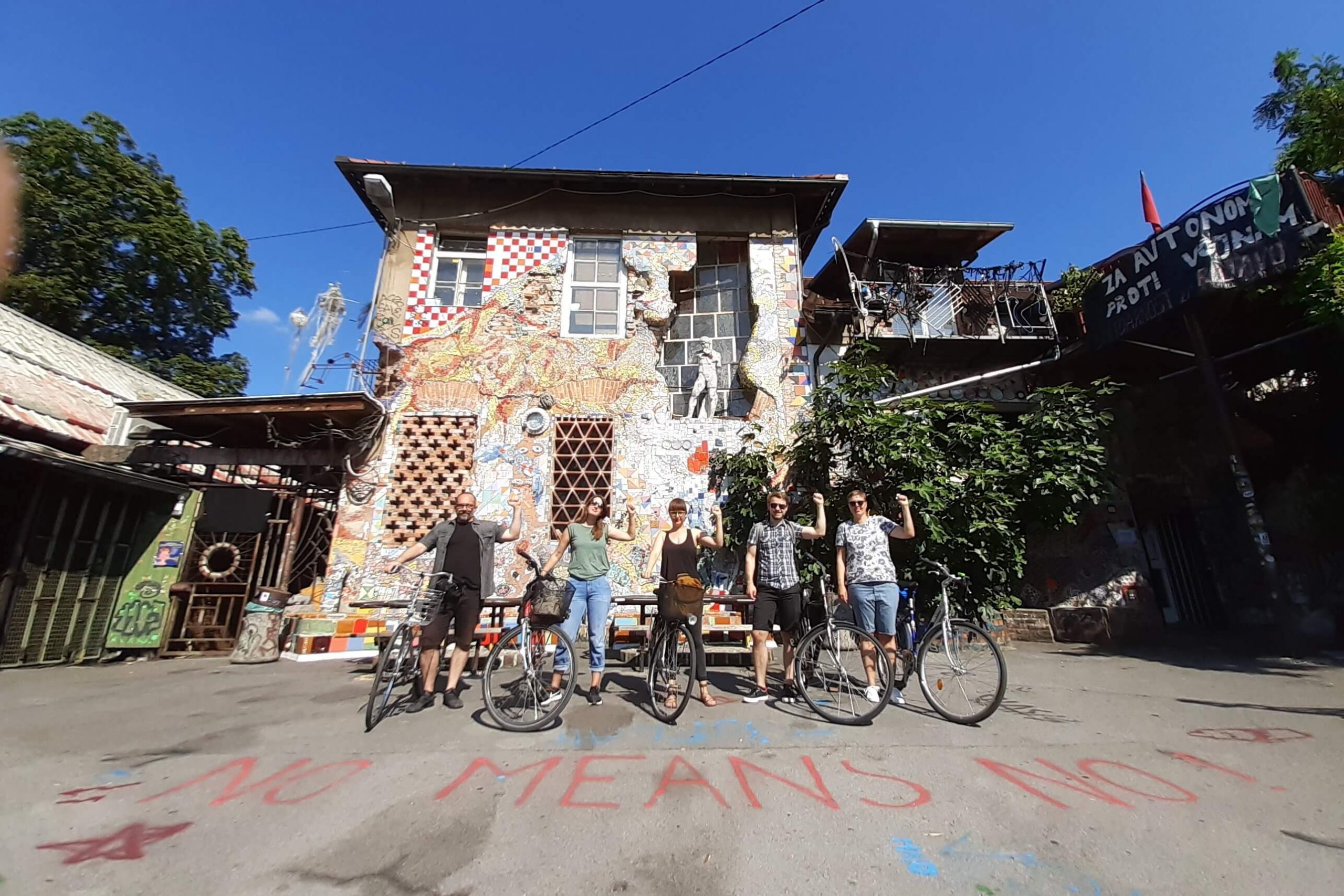 The new version, the feminist bicycle tour, premiers at the City of Women festival and follows the less-travelled dirt roads of the local herstory, or rather, herstories. In three hours, consisting of leisurely cycling and 10- to 15-minute stops, you will discover the fascinating yet often forgotten heroines of Slovenia’s women rights struggles, as well as iconic personalities from all walks of life. Instead of merely using your feet, this time you’re invited to sit proudly on, and ride the very tool and early symbol of women’s emancipation – the bicycle!

The tour will be guided by Jasmina Jerant.

There are two dates available in English!

If you need a bicycle, you can borrow one at no cost at the start of the tour.

To attend, it is mandatory to fill out the form below. In the 12 hours after receiving your application an invoice will be issued to you, which you will be kindly asked to pay via a bank transfer.